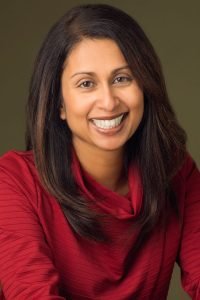 Jennifer Samuel, O.D. is our most recent addition to Flagstaff Eye Care. Dr. Samuel grew up in the Maryland, D.C. area. She graduated from Andrews University in Michigan, with a B.S. in Zoology-Biomedical Option. Then, Dr. Samuel received her B.S. in Visual Science and Doctor of Optometry degree from the Illinois College of Optometry.

She moved to Kayenta, AZ on the Navajo Reservation to complete a primary care residency through Southern California College of Optometry. There she expanded her knowledge and received valuable experience in an area with a strong need for eye care. Dr. Samuel returned to the East Coast to practice Optometry in Pennsylvania and Maryland. She realized how much she missed the Southwest and its lifestyle after a year. She relocated back to Arizona and continued her career.

Dr. Samuel is an active member of the Arizona Optometric Association, Assistance League of Flagstaff Alpine Auxiliary, and served on the board of North Country Community HealthCare for 6 years. She is committed to her patients and values the relationships she has made with them. She believes in working hard and taking the time to enjoy hiking, biking/spinning and weight lifting on her free time. Jennifer and her husband, Dr. Nick Koshuta, have two energetic boys, Luke and Zachary, who help them to live life to the fullest. 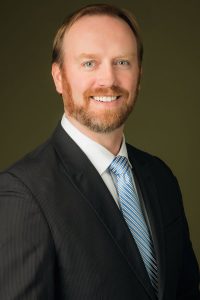 Nicholas Koshuta, O.D. was born in Pennsylvania. He grew up in the small town of Hometown, PA, which is in the Coal Region of the eastern part of Pennsylvania.

Dr. Koshuta graduated from Pennsylvania State University in 1997 with a B.S. in Biology / Physiology. He moved on to Philadelphia to attend Pennsylvania College of Optometry. While at PCO, Nicholas completed internships with Veterans Affairs Medical Center in Boston, MA; Alaska Native Medical Center in Anchorage, AK; and Hazleton Eye Center in Hazleton, PA.

After graduation in 2001, Dr. Koshuta went on to complete a residency in Primary Care Optometry with the New England College of Optometry while working at the Veterans Affairs Medical Center in Newington, CT. Following his residency, Nick moved to Whiteriver, AZ and worked for the White Mountain Apache Tribe through the Indian Health Services. While working with the IHS, Dr. Koshuta met Dr. Jennifer Samuel, who would later become his wife and future partner at Flagstaff Eye Care.

Nick left the Public Health Services and took a new job with Kokopelli Eye Care in Prescott to move closer to Jennifer. Prescott was closer, but not quite close enough. Dr. Jones found out about Dr. Koshuta’s dilemma and offered a solution. In February 2006, Nick became the owner of Flagstaff Eye Care. On June 25, 2006, Nick and Jennifer were married at the Forest Highlands in Flagstaff. Dr. Koshuta loves living in Flagstaff. He enjoys hiking, camping, biking and playing with his sons Luke and Zachary. He is an active member of the Flagstaff Sunrise Lions Club and is proud to serve the Flagstaff Community.

Accessibility by WAH
Call Us Text Us